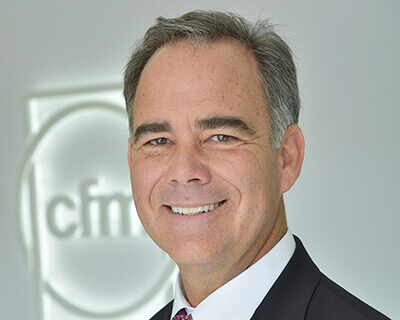 As part of the CFM Executive Team, Mr. Paxson is responsible for overseeing programs carried out by CFM. Along with his counterpart at Safran Aircraft Engines, François Bastin, he also serves as the primary interface between the two companies. Within GE Aviation, he is also the general manager of the CFM project department for GE Aviation.

Most recently, Mr Paxson served as general manager for the Regional Engines & Services where he was responsible for development, production, product support and services for GE’s CF34, Passport 20 and CT7 engine families, as well as the CFE738 engine built by a joint venture between GE and Honeywell.

Prior to joining the Military Systems Operations, Mr. Paxson served as product line manager for the GEnx and GE90 programs. He was responsible for engine product strategy, advanced marketing, engine development and airframe integration.

Mr. Paxson was part of GE’s first wave of Six Sigma Blackbelts in 1995. He was responsible for projects ranging from investment casting yields to overhaul turnaround times. He was also a significant contributor to the Six Sigma training content at GE and was promoted to a Master Blackbelt in 1997 for the Combustor and Configuration Design Engineering Department.